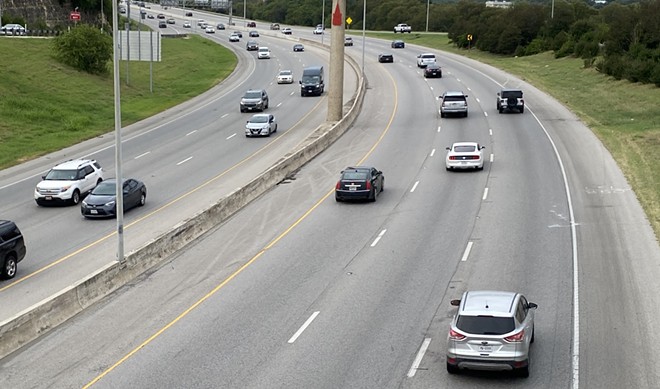 Sanford Nowlin
The Alamo RMA insists that taxpayers won't end of footing the bill for a proposed tunnel between San Antonio's airport and downtown.
Despite environmental and feasibility concerns, the Alamo Regional Mobility Authority is pushing ahead with a proposed San Antonio tunnel project, saying Elon Musk's Boring Co. will offer an additional $15 million to finance the project, the Express-News reports.

Alamo RMA Treasurer David Starr told the daily that the controversial billionaire's Boring Co. proposed dolling out as much as $60 million to help finance the first phase of its proposed hyperloop project. The underground tunnel would connect San Antonio International Airport to mixed-used development The Pearl.

The newly proposed funding boost for the project's first phase is a step up from the $27 million-$45 million previously offered by Boring Co., the Express-News reports.

Although no official agreements have been reached between the Alamo RMA and Boring Co., the funding increase proposed by Musk's company may indicate that the regional transit authority is intent on moving forward on the project.

According to the Alamo RMA, the tunnel would cost $247 million to $289 million to complete in its entirety. Boring Co.'s proposal projects the underground passage would ferry 112,000 passengers daily to and from SA's modest airport, creating $25 million in revenue for the cash-strapped RMA.

By comparison, San Francisco's Bay Area Rapid Transit (BART) system, which features six lines spanning the 12th-largest U.S. metro area transported an average of 130,000 passengers daily during the second fiscal quarter of 2022, according to a recent report by the American Public Transit Association.

Despite lofty ridership projections and revenue concerns reportedly expressed by Alamo RMA attorney Brian Cassidy, RMA board members assured the Express-News that taxpayers won't be footing the bill for a pie-in-the-sky project.

The Alamo RMA plans to issue revenue bonds for the project, meaning  the bonds would be repaid by the transportation authority using money generated by the project from ridership fees.

Even so, it remains unclear who would get stuck holding the bag in event the San Antonio hyperloop doesn't meet those projections.