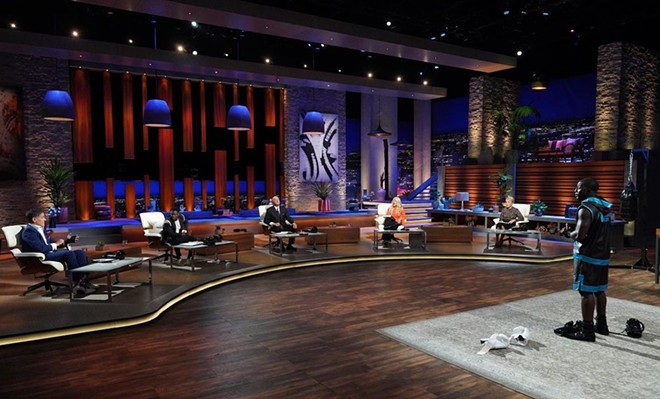 Turns out vegan food chain Project Pollo won't be the only Alamo City enterprise pitching the reality show's high-profile panel of investors. The Current learned that a second local entrepreneur will appear on the same episode.

Former pro boxer Tony Adeniran, owner of San Antonio's Black Stallion Boxing Plus, will appear on the finale to tout a weighted boxing glove called the Aqua Boxing Glove, designed to add resistance during workouts. As its name suggests, the glove is filled with water to add evenly distributed weight.

Adeniran raised $41,000 to fund a product launch last year via a Kickstarter campaign, but supply chain issues slowed the glove's release, he said.

While the Texas A&M-San Antonio grad said he expects to deliver Aqua Boxing Gloves to customers this fall, he appeared on Shark Tank seeking a capital infusion and a partner to help him navigate the tricky manufacturing process.

"I know the Sharks can pick up the phone and have a manufacturer on board the next day," Adeniran added. "They have those kinds of connections."

The entrepreneur declined to reveal whether his pitch was a knockout with the Sharks, which include Dallas Mavericks owner Mark Cuban, "Queen of QVC" Lori Greiner and — as a finale guest — comedian Kevin Hart.