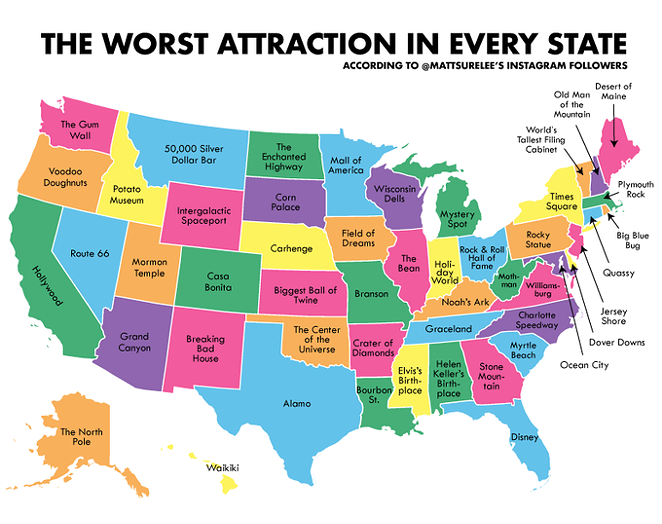 Twitter / mattsurely
According to a recent, highly unscientific poll, the Alamo is considered the "worst attraction" in the state of Texas.

Chart-making Instagrammer Matt Shirley polled his nearly 400,000 followers to see what they thought the worst attraction in every state was. The winner — or should we say, loser — for the Lone Star State? None other than the iconic mission located in downtown San Antonio.

"This map is made from answers from a poll on my IG story," Shirley said on Instagram. "I took the most popular answers and slapped them on a map, so don’t blame me."

According to the chart, other states' worst attractions include West Virginia's Mothman, Massachusetts' Plymouth Rock and Colorado's Casa Bonita.

While we won't argue that the Alamo may perhaps be a tad, shall we say, overrated, we can't help but admit our feelings are a little hurt.