Which Of The 8 New Movies Opening Christmas Day Make The Nice List? 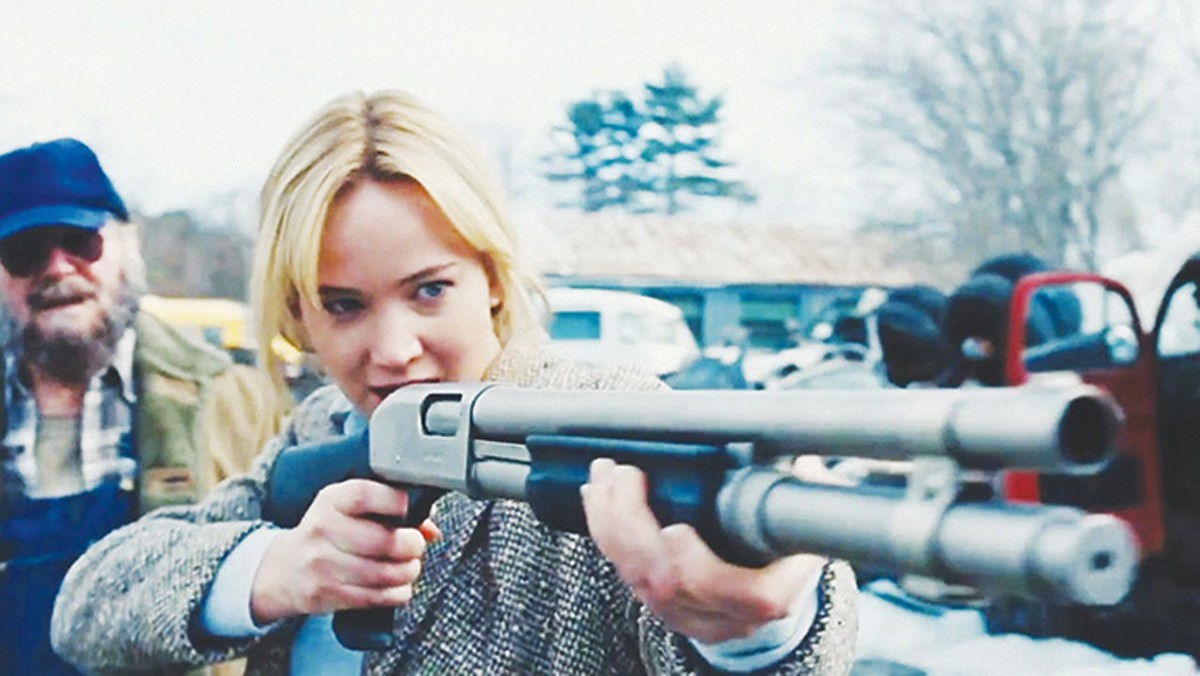 With all the gift wrapping and corn husks you'll probably be tearing through on Christmas Day, you might find it a bit difficult to sneak away for a couple of hours and watch something besides the annual A Christmas Story marathon on cable or, if you know what's good for you, A Very Murray Christmas on Netflix. Still, if there's time (or if it's already a holiday tradition with your family and friends), swing by a local theater and check out a movie. The Current was able to review seven of the eight new films opening in San Antonio this week. Left out in the cold: Point Break, the remake of the 1991 action flick starring Keanu Reeves and Patrick Swayze about two surfer bank robbers, was not screened for critics (usually never a good sign). All the films listed below hit theaters Dec. 25 with the exception of The Big Short, which opens two days prior.

Steve Carell gets serious in The Big Short.

Filmmaker Adam McKay, best known for directing and writing broad and silly comedies like Anchorman and Talladega Nights, takes a swing at something a little more serious than Will Ferrell running butt-naked on a racetrack. Set a few years leading up to the 2008 financial crisis, the self-important drama places audiences at the center of a three-ring circus where a group of stock market experts (Steve Carell, Ryan Gosling, Christian Bale and pals) find out the housing market is about to implode and that they can make a lot of money on the misfortune of others. What McKay creates here is his version of an exaggerated The Wolf of Wall Street that registers as phony and too shallow for its own good. Maybe that's the point, but when the script spews out confusing financial jargon and then backtracks to explain economics by breaking down the fourth wall, it's about as entertaining as listening to a comedian do a stand-up routine on predatory lending. 2.5 out of 5 stars.

Director Todd Haynes (Far From Heaven) has produced an elegant and beautifully shot drama adapted from the novel The Price of Salt by Patricia Highsmith. Anchored by understated performances by Cate Blanchett and Rooney Mara, the lesbian love story set in New York City in 1952 follows aspiring photographer Therese (Mara) and her complicated relationship with Carol (Blanchett), an older woman going through a divorce and fighting for custody of her daughter. Stunningly atmospheric and featuring eye-catching production and costume design, the romance can be stilted at times (how long is too long to stare longingly at someone?), but it's hard not to appreciate the cinematic composition in its entirety. Carol will open exclusively at the Santikos Bijou. 3 out of 5 stars.

It's been seven years since actor Will Smith has taken on a full-fledged dramatic role. Although his last, 2008's Seven Pounds, was a complete misfire, Smith has proven in past films like The Pursuit of Happyness and Ali that he is more than capable of carrying the weight. He reiterates his talent with a genuine performance as real-life forensic pathologist Dr. Bennet Omalu, who was the first person to uncover the alarming truth behind brain damage suffered by professional football players. Directed and written by Peter Landesman (Parkland), there is much to be desired when it comes to the emotional impact of the screenplay itself, but Smith brings out the best in this Hollywood-ized exposé on the NFL and is completely believable as the good doctor. Landesman, however, misses an opportunity to delve deeper into the football culture and explore why sports entertainment trumped science for so long. 3 out of 5 stars.

If the offbeat dynamic between Mark Wahlberg and Will Ferrell had you rolling in the aisle with 2010's The Other Guys, the unlikely duo provides more consistent laughs in this domestic comedy from filmmaker Sean Anders (That's My Boy). Just when stepfather Brad (Ferrell) feels he has finally been accepted into the family by his wife's two young kids, the compassionate radio executive is forced to fight for their affection and attention when their badass biological dad Dusty (Wahlberg) rides back into their lives to prove he's still king of the castle. Playing the fool might come second nature to Ferrell at this point of his career, but with a little more heart in this movie it's easier to sympathize with his character, much like Ben Stiller in Meet the Parents. There are moments around the halfway point where the gags lose steam, but the satisfying mishmash of broad and dry humor does the trick more often than not. 3 out of 5 stars.

Three years after Quentin Tarantino's Oscar-winning Django Unchained opened on Christmas Day 2012, the controversial filmmaker delivers another Western bloodbath for fans to eat up this holiday season, this time a 3-hour epic (including prologue and intermission) set in post-Civil War Wyoming. With a strong blizzard bearing down, two bounty hunters, Major Marquis Warren (Samuel L. Jackson) and John Ruth (Kurt Russell), the latter chained to fugitive Daisy Domergue (Jennifer Jason Leigh), find shelter in a local haberdashery where they must keep their eyes on a motley crew of strangers with unknown intentions. As with most of Tarantino's creations, the film is full of smartly written dialogue and absurd violence. Different is the stage play quality it exhibits since most takes place in a single location. This might be second-tier Tarantino, but there's plenty to enjoy, especially composer Ennio Morricone's extraordinary score. The Hateful Eight will open exclusively at the Santikos Palladium in 70mm. 3.5 out of 5 stars.

After the success of the half-great Silver Linings Playbook and the terribly overrated American Hustle, filmmaker David O. Russell again calls on his reliable acting twosome, Jennifer Lawrence and Bradley Cooper, for the least accessible of their films together. Based on the true-life story of entrepreneur Joy Mangano (Lawrence), the single mother who invented such products as the Miracle Mop, Russell's film is dragged down by a confusing tone, but makes up for it with a satisfying look at the way Mangano built her business empire from the ground up. Although it's obvious Russell would like Lawrence's Mangano to emerge as the female version of Michael Corleone, there's simply not enough unforced conflict to create a true sense of struggle. Where the film is most convincing is during the QVC portions of the story. Who knew ordering a set of Huggable Hangers on TV could be so exciting? 3 out of 5 stars.

This picture is in the dictionary next to "frustrating."

Save for the pair of formidable performances by actors Michael Caine and Harvey Keitel, this unconventional dramedy helmed by Italian director Paolo Sorrentino (The Great Beauty) is a compelling albeit frustrating mess. Set in a vacation resort in the Swiss Alps, two longtime friends (Caine and Keitel), one a retired composer, the other a working filmmaker, reminisce about the past and meet a cast of surreal characters that add no real substance to the bizarre plot (or lack thereof). While the dreamlike imagery is lovely and attempting to solve Sorrentino's ambiguous themes will probably help you develop a strong mental stamina, it's not an experience many would consider unpretentious. Youth will open exclusively at the Santikos Bijou. 2 out of 5 stars.