The Growing Phenomenon Of The SXSW Spillover in SA 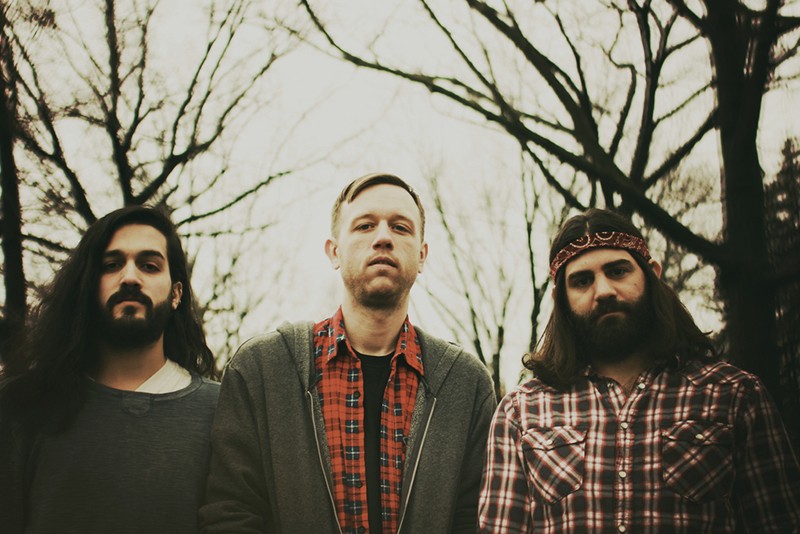 For the past four years at South by Southwest, Doritos focused the promotional noise of the Austin festival into a single, 62- foot vending machine, pumping out music and boasting king-sized images of its newest MSG and cheese dust offerings.

"I'm almost positive — I don't know these people so I can't speak for them directly — that the original intent of SXSW was not to have a two-story tall Doritos machine and Jägermeister-sponsored Lady Gaga shows," said Gem Hotvet, co-operator of SA's K23 Gallery.

Founded in 1986 by the staff of The Austin Chronicle, SXSW began as a showcase for local musicians and as "a way to reach out to the rest of the world, and bring them here to do business," according to SXSW's official site. Nearly three decades later, business from SXSW is a city-swallower, commandeering every venue and pedi-cab in town.

For San Antonio, the neighbors' heavily branded pain is our musical pleasure, picking up shows in a phenomenon known as the SXSW spillover. But as the talent comes through San Anto, the marketing and social media tricks lose their way on I-35. Interestingly, the pay cut that bands take for SXSW still applies in SA.

"You're able to put on really big bills and not worry as much with payout," said Nick Ivarra, drummer for The Rich Hands and co-operator of booking company Fuzzland Productions. "'Cause people don't mind too much about it. You're able to showcase them in your city and give them the exposure so that they can come back within the next couple months."

Fuzzland, run by Ivarra and The Bolos bassist Osita Anusi, is responsible for the Lolipop Records SXSW Takeover at the 502 Bar on Monday, March 16. Out of Los Angeles, Lolipop stocks their aisles with sticky-sweet garage pop bands — nine of which will be visiting us.

Over at K23 Gallery, owners Glenn and Gem Hotvet are throwing a pair of spillover shows in their minimal, shotgun gallery. Named after the K23 perfume from Tom Robbins' novel Jitterbug Perfume, the gallery seeks to explore taboo themes in art and occasional spurts of rock 'n' roll.

"We wanted to embody that original South by Southwest spirit of let's get a good DIY show going, let's get a good band in here and get good music fans to come in and experience this," said Gem Hotvet.

The gallery will host Monogold and Dead Leaf Echo, a pair of Brooklyn bands trafficking in psych pop and shoegaze, respectively. On March 21, the gallery hosts Zig Zags, a roll-your-own stoner punk outfit from Los Angeles.

Though it's only a few weeks every spring, the annual spillover helps boost musical momentum in SA. Like the marketing calamity of SXSW, San Antonio's music scene exposure has grown at a bustling rate over the past few years.

"It's something that should have happened a while ago, but now people are turned on about playing San Antonio," said Ivarra. "People like the idea now. We're this small market, but with a big population. There's no reason to not have good shows everyday."