Texas AG Ken Paxton claimed the president 'seeks to transform every emergency room in the country into a walk-in abortion clinic.' 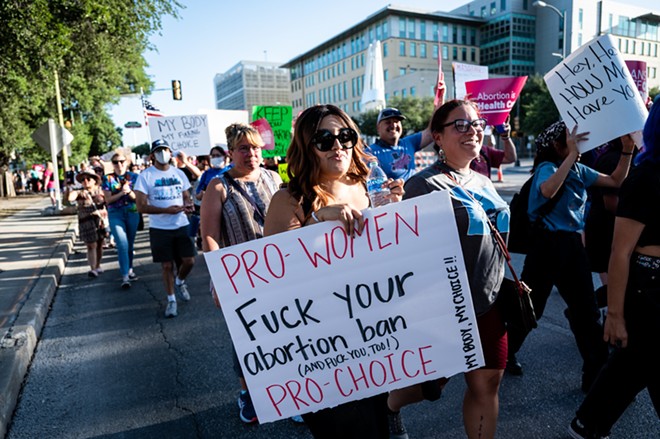 The Biden administration sought to clarify existing federal law in the wake of the U.S. Supreme Court's recent decision overturning Roe v. Wade, the decades-old court case protecting women's right to abortion. The White House also said it could defund hospitals that refuse to conduct abortions in such cases.

Texas Attorney General Ken Paxton's suit, filed in federal court Thursday, argues that the federal guidance impinges on his state's ability to enforce its own legal code. Paxton also claimed Biden "seeks to transform every emergency room in the country into a walk-in abortion clinic."

Texas is among the red states with so-called trigger laws that called for a blanket ban on abortion in event the high court overturned Roe. As a result, a prohibition is pending in the Lone Star State on all abortions, except when they're required to save a pregnant patient's life or prevent “substantial impairment of major bodily function.”

“Greg Abbott is responsible for America’s most extreme abortion ban with no exception for rape or incest," O'Rourke said. "Under his watch, this state is now trying to prevent doctors from providing an abortion even in cases where women would die without one. This governor's extremism is killing Texas women."

While Abbott's office has issued no public statement on the Paxton's suit, the governor has backed the GOP-controlled legislature's many attempts to bar or limit abortion in the state, including a measure passed last session that effectively banned all abortions after six weeks, even in cases of rape or incest.