Some parents and one school board member argue that the comment captured on video was taken out of context. 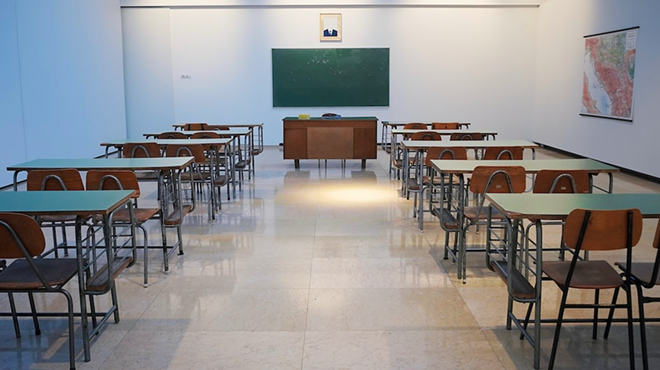 UnSplash / Ivan Aleksic
El Paso high school teacher Amber Parker will be able to appeal the decision.
The El Paso ISD School Board voted unanimously on Tuesday to ax a district teacher who was caught on video last week encouraging her students to refer to pedophiles as "minor-attracted persons," or "MAPs,"  the El Paso Times reports.

The clip, which has made the rounds on Twitter, appears to show high school teacher Amber Parker telling students not to judge those attracted to minors.


A teacher in Texas telling her students to not use the word peaodophile and to use map(minor attracted person) instead if an adult is attracted to a 12 year old,this is sickening 🤬🤬🤬 pic.twitter.com/P5tmjaE7Ky

However, some parents of Parker's students defended the instructor, saying the remarks were taken out of context, according to the El Paso Times.

El Paso ISD board member Daniel Call echoed these sentiments in a Facebook post, writing that the comments were part of a class exercise to prepare the students for reading The Crucible, a book about the Salem witch trials, MySA reports.

"After hearing from some of the students that were in the class, including my own nephew, I believe now that the teacher that appeared to be promoting and normalizing pedophilia was pretending to advocate a position she didn't actually believe in order challenge the students in preparation for them reading the book The Crucible," Call wrote.

Even so, school board president Al Velarde said during the Tuesday meeting that the investigation into the matter was complete and that the district would follow the termination guidelines outlined by the Texas Education Agency, according to El Paso broadcaster KFOX14.

Parker will have the ability to appeal the decision.