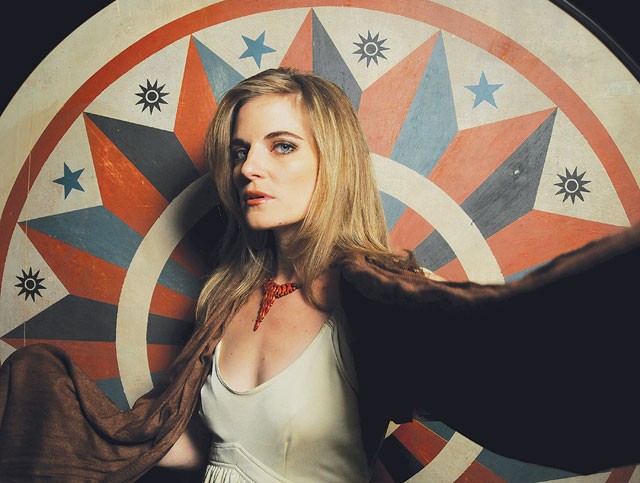 The national promise. It’s something entertainment journalists with local/regional beats get caught up in sometimes, wanting to see a deserving local act take off, making a name for themselves and their community. Or they just want to be the writer who calls it first (guilty). Eclectic, Austin-based pop songstress Suzanna Choffel (say it like “chauffer” but with an “el”) told the Current she is no stranger to this problem, over a chat at Luna Fine Music Club in August.

“Obviously, I’d love to be more successful,” she said plainly. “And it’s basically required to become ‘big’ to a certain point so that you can support yourself and keep perpetuating your art.”

Austin-American Statesman reporter Michael Corcoran kept hammering the notion that Choffel’s ready to “blow up” in an interview earlier this year, which was a little frustrating, she said.

“This industry is so complex and it’s really hard; a lot of it is luck,” she said, noting the nonsensical success of Rebecca Black.

To be fair, Corcoran’s expectations aren’t unfounded. Choffel has had a few brushes with fame: winning a 2008 Famecast songwriting contest, gaining the strange title of “Austin’s First YouTube Star” for the video of her song “Raincloud,” and having a cameo in the 2010 cult documentary Catfish. Meanwhile, both her albums are hyper-polished troves of metamorphic pop, menageries of scholarly songwriting born of a heterogeneous musical palette (she wants to incorporate Grizzly Bear as much as Patty Griffin). Her vocals offer the most sprightly, fogged-up delivery this side of Amy Winehouse. Not to mention Choffel’s face is the kind of pixie-meets-classic-movie-starlet that begs to be slapped on any album anywhere.

In my own review of 2011’s Steady Eye Shaky Bow, I dissed more-successful, less-talented musicians and propped up Choffel. The underlying message: she’s ready to take the world by storm. Well, in a way, music critics are getting what we asked for — since our August interview during a soundcheck at Luna, Choffel decided to leave Texas for New York to expand her fan base. “I’m … wanting to put myself and my music into a bigger pool,” she wrote in an October e-mail follow up. “The timing just felt right as I’ve made some good connections up there recently.”

Choffel is ready for a fresh scene and new way of life, not to mention to tap into whatever it is that powers the city that never sleeps. She gets energized by everything in NYC, from the seasons to the food to the art. Texans can still expect to see Choffel periodically, she added. “It’ll be a good thing,” she said. “I won’t be able to play all the time here anymore so I think people will value my presence more too.”

That said, it seems important to shift attention to her future. One of Choffel’s last regional gigs will be the 3rd Annual Utopia Fest (Oct 14-15), an intimate Hill Country music festival with a 1,500-person capacity (see sidebar). She plans to record the Carla Thomas classic “Gee Whiz, It’s Christmas” and avoid a second five-year gap between albums by releasing a follow-up to Steady Eye in the spring. Though it’s not guaranteed, she also hopes to take her act to Europe next year.

More importantly, Choffel will give a farewell show at Luna this Friday. With her move scheduled for October’s end and nothing but studio or international work planned in the coming months, Friday’s show may be the last time fans get to see her in such an intimate venue.

In August, Choffel and her backing band put a hurt on Luna, running through factory-tightened renditions of new Steady Eye cuts like “Racecar,” “Archer” and the scattily funked-up “Stumble.” The latter was a beast of jazzy, break-beat fusion lacking the varied timbre of the studio cut, but packed with the intensity expected from trip-hop-laced live drums and two guitars trading solos like punches (one of which was, naturally, Choffel’s). The song’s staccato bridge was a syncopated sucker punch, one that fans will likely see this Friday but may not feel again for some time. •

Suzanna Choffel at UTOPiAfest with Keller Williams, The Giving Tree Band, and many more

UTOPiAfest is a two-day arts and music festival. It’s also kind of little for a fest, accommodating only 1,500 people in a natural amphitheater on 1,000-acre Four Sisters Ranch in the Texas Hill Country near Lost Maples and Garner State Park. The event features Grupo Fantasma, Black & White Years, among others. Friday night will be headlined by Blitzen Trapper, whose Furr was ranked #13 on Rolling Stone’s Best Albums of 2008 list. Tickets, directions, and a fairly in-depth camping guide can be found at utopiafest.com.