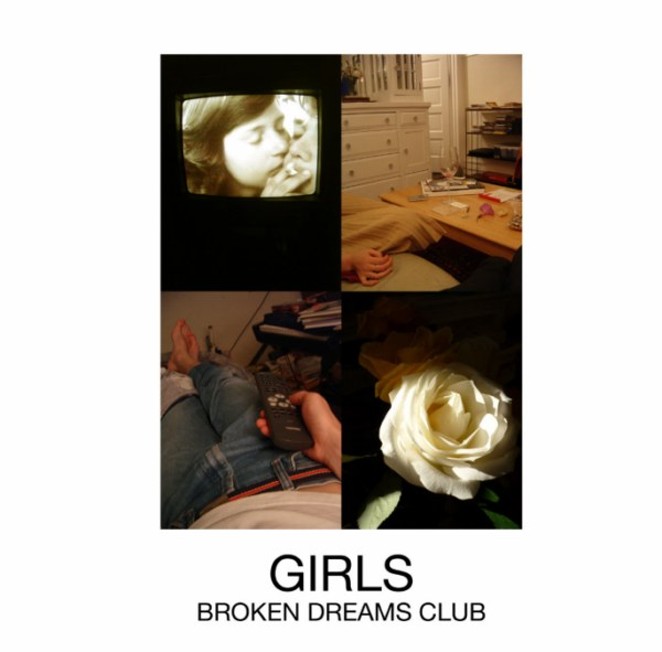 Though we spend most of our time in the music section writing about new material, Turntable Tuesday allows us to look back, and look closely at some captivating albums in our catalog. This week’s column addresses Broken Dreams Club, the second take from San Fransisco's Girls.

"Who wants something real when you could have nothing," Christopher Owens muses on "Substance," the immaculately weighted fifth track from Broken Dreams Club. It's an honest, tear-jerking take on drug appeal and addiction from a man who suffers pretty seriously from it. Owen's tremolo Rickenbacker shakes like it's junk sick, playing sleepily, slightly behind the tight rhythm section.

Broken Dreams Club, like all of the now-defunct indie hunnies' efforts, is a textbook example of the merits of songwriting pairs. Where Christopher Owens brought an extraordinary level of pathos and an ability to make cliches kick, bassist and producer Chet "JR" White found the ideal context for each of Owens' works, placing his intimate language in huge swaths of distortion or the delicate immediacy of a late night phone call.

Broken Dreams Club finds Owens and White tapping different veins than on their stellar 2009 debut Album. As a songwriter, Owens is at his darkest. "Thee Oh So Protective One" is a voyeuristic look into another person's sadness, like the television and viewer panels on the album's cover. The title cut is just a total bummer, with the McCartney-esque couplet "I just wanna get high, but everyone keeps bringing me down" dominating the song's bad news attitude. Throughout Broken Dreams Club, the nearest bright moments are of romantic frustration and nostalgia, looming like distant stars we can only see the memory of.

White counterweights BDC's lyrical drag by expanding in all directions, moving out from the lush lo-fi of Album into unexplored and highly successful territory. "Thee Oh So Protective One" boasts a little flamenco flavor, horns and swung beat. Organs coat BDC through its sparser sections, boosting the melancholy energy, with White finding space for little toys and garnishes that wouldn't work within anyone band's palate.