Although the number of men refusing food has steadily declined, 38 are still starving themselves to protest Texas policies that often keep prisoners in isolation for years or even decades. 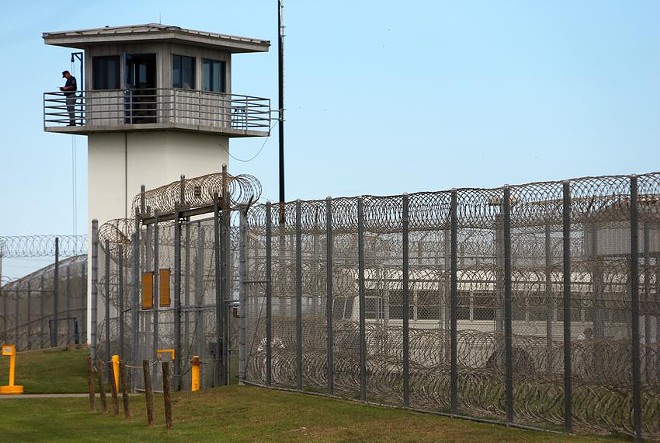 Texas prisoners in solitary confinement are kept in single-person cells for at least 22 hours a day. When staffing levels allow — which can be rare — they get out of their cells to shower or exercise alone in caged outdoor areas. Thousands of prisoners are kept in such conditions, and they are typically held in isolation for years.

In November, more than 500 Texas prisoners had been in solitary confinement for more than a decade, according to prison officials.

Under department policy, prisoners are assigned to solitary if they are escape risks, have committed violent assaults or serious offenses in prison, or are confirmed members of dangerous prison gangs. For months, men at multiple Texas prisons have been urging prison officials and lawmakers to move away from the practice of putting — and keeping — prisoners in solitary because they are affiliated with a gang, even if they have had no behavioral problems.

Without a notable response to their proposal, they began the hunger strike last Tuesday, on the first day of the state Legislature.

Brittany Robertson, an independent activist who has coordinated with men in more than a dozen prisons before and during the hunger strike, said she estimated hundreds of men began refusing food last week. On Jan. 13, the first day the Texas Department of Criminal Justice officially recognized the strike because three days had passed, the prison system reported 72 prisoners were starving themselves.

By Tuesday, the number dropped to 51, according to TDCJ spokesperson Amanda Hernandez. On Thursday, she said 38 prisoners were still refusing food.

Hernandez said prisoners’ commissary items were also being monitored, presumably to ensure men reporting to be on strike aren’t eating packaged food they bought previously from the prison store. Prisoners have reported that their cells are routinely searched for food, according to Robertson.

The men are also dropping weight fast, according to a protesting prisoner. In a Friday message, a prisoner in the Coffield Unit said weigh-ins revealed that several men had lost five pounds or more in one day. He said many of the men were beginning to feel dizzy and have muscle cramps, according to a picture of the letter sent to the Texas Tribune.

According to prison policy, those participating in hunger strikes have to be medically evaluated daily, with the option for doctors to force-feed prisoners if it’s deemed necessary. Hernandez said Thursday no medical intervention had yet been required for the strike.

Messages sent to protesting prisoners by the Tribune this week have not yet been answered. Robertson reported much of the prisoners’ emails and letters have taken longer to receive than usual, which men suspect is in retaliation for their protest. Hernandez said the slowdown is because there has been an increase in mail, creating a backlog for internal reviews of prisoner communications.

Prison gangs, often organized by race, are notoriously dangerous and often deemed responsible for much violence behind bars. Still, indefinite solitary confinement has been increasingly criticized as disastrous for mental health, and international human rights standards deem it torture.

The protesters’ proposed changes are similar to a settlement agreement reached in federal court in 2015 against California’s solitary confinement practices. After a wide-scale, two-month hunger strike in 2013 and years of prisoner-led litigation, California agreed to no longer place people in solitary based only on their gang status and to no longer keep them in isolation indefinitely.

In Texas, the prisoners are also asking officials to shift from “gang-status” solitary placements to “behavior-based,” and provide clear guidelines and firm timelines on how and when people in solitary would get out.

So far, TDCJ has not bowed, instead blaming the strike on an order from a member of the Aryan Brotherhood of Texas in federal prison. Hernandez said last week that the agency will not give gangs free rein to recruit new members.

Robertson dismissed TDCJ’s conclusion, saying that many of the striking prisoners are members of Latino gangs and would not follow orders from the Aryan Brotherhood. Instead, she said, men from different gangs found a way to come together to fight for change.

Prison officials have also pointed out that gang members can get out of solitary by renouncing their gang and going through an intensive reentry program specifically for gang members. Many prisoners, however, struggle to get into the program or choose not to enter it, according to the striking prisoners and prison rights advocates, because it often requires them to name other gang members or incriminate themselves.