Although a state law passed in 2021 allows for a 30 day grace period, Planned Parenthood is awaiting word from lawyers about the current legality of abortions in Texas. 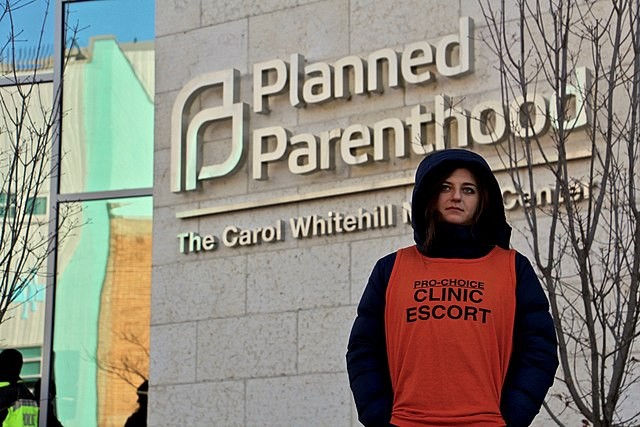 Wikipedia Commons / Robin Marty
Although Planned Parenthood clinics in Texas have paused abortions, access to contraceptives and other reproductive care will remain available.
All abortion services at Planned Parenthood clinics across Texas are on pause until the group's legal council can sort out conflicting state laws and how the U.S. Supreme Court's ruling overturning Roe v. Wade impacts them, officials said Friday.

However, Planned Parenthood Texas CEO Jeffrey Hons made it clear during a press call Friday that other services, such as family planning and access to birth control, including emergency contraceptive Plan B, will remain available.

"All other services that Planned Parenthood clinics in Texas are open, available, and providing that essential care," Hons added.

The Supreme Court on a 6-3 vote overturned the nearly 50-year-old statute allowing women the right to choose. The Texas legislature passed House Bill 1280 last year, which allows "a person who knowingly performs, induces, or attempts an abortion" to be charged with a second-degree felony in event the federal government overturns Roe v. Wade. If an unborn child dies due to an attempted abortion, the penalty increases to a first-degree felony.

Even though the state's so-called "trigger-law" goes into effect 30 days after the Supreme Court rules on the matter, Planned Parenthood Clinics across the Lone Star State decided to pause abortion care while lawyers determine whether abortion is still technically legal in Texas.

"Three separate Planned Parenthood organizations in Texas have independently come to the decision to pause abortion care today so that our attorneys have time to read and process the details of this ruling," Hons said. "The pause in our abortion care, while very interrupting to our dedication to our patients, is the right thing to do so that we have time to ensure that Planned Parenthood organizations remain compliant with the law."

According to Hons, confusion about the current legality of abortion in Texas stems from a pre-Roe law that has remained on the books until today that banned the procedure.

"You have to remember that while it is already on the books — and the Texas legislature had never repealed it — that this is a law that is 50 years old," Hons said. "Right now, we need people who understand the law and can analyze what the interaction between the SCOTUS ruling today and these existing very old laws mean for us so that we can make the decisions to operationalize our organizations correctly."

"Emergency contraceptive medications are not abortifacients," said Dr. Amna Dermish, chief operating and medical director of Planned Parenthood Gulf Coast. "What they do is prevent fertilization. They prevent pregnancy. That is not the same as a medication abortion, and emergency contraception is not impacted by the Supreme Court opinion."

In the court's majority opinion, Justice Samuel Alito reiterated that the ruling only affects a woman's right to access abortion, not contraceptives.

"To ensure that our decision is not misunderstood or mischaracterized, we emphasize that our decision concerns the constitutional right to abortion and no other right," he wrote. "Nothing in this opinion should be understood to cast doubt on precedents that do not concern abortion."